Data Propaganda: Overcoming the All-Out War (for Your Attention) 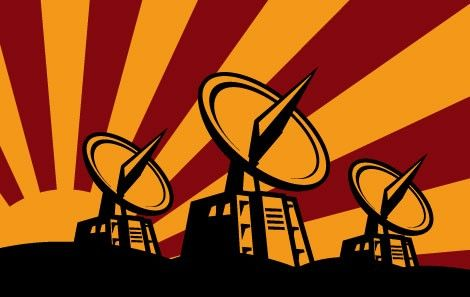 Programmed Data: As war blisters on the horizon, readers should be reminded of the campaign for your attention, which will play out largely in your mind.

Let’s look at how “data propaganda” is used, notably by advertisers, to increase mental chatter…

To give you an interesting – and admittedly anecdotal list – of curious data wonders that indicate the increasingly serious need for clear awareness when encountering your data, observe the following:

A blend and barrage of tactics are being used to glue attention to screens addictively; even when you’re not actively using your device (see the above study)… All of which is powered through clever data & sensory engineering, programming and analytics! Let’s investigate:

Early signs of the times from Silicon Valley; the mid to late 2000s

One tech executive in 2017, Justin Rosenstein, took steps to ban himself from Snapchat, block Reddit, and shrink Facebook uses time – each service which he compares to heroin – by modifying the laptop’s operating system.

During this era of prime Silicon Valley in its global influence, a host of tech specialists were taking radical steps to limit or altogether avoid social media use and other highly addicting technologies. On the surface, this seemed strange, seeing as it is with the same people programming the services.

Indeed, Justin Rosenstein is the accredited engineer inventor behind Facebook’s ‘Like’ button. In his opinion, the attraction of Facebook “likes” is a desire for “bright dings of pseudo-pleasure”, i.e. vacuous although alluring.

But a decade later, after pulling an all-nighter in order to construct the like button prototype (originally referred to as the “awesome” button”), Rosenstein became jaded about the work; which he saw was powering the growth of the attention economy; an internet moulded around the push and pull of advertising.

Supposedly, this group of contrarians were really found among chief executives or founders but were instead a level II no other corporate ladder: engineers, product managers and designers – like Rosenstein – concerned about the psychological effects of users who, according to research, tap, swipe, and touch their phone 2,617 times per day.

Some of the effects, of attention-economy technologies, include the following:

The science behind capturing attention

For more of this happening, that is outside of your task you want to focus on, more effort is required to stay focused on that thing.

The internet-of-things, the internet itself, and smartphones are saturated with both of these inputs. These targets the two main systems of your brain: System 1 is the automatic system that is mostly instant, while System 2 is reflective and requires effort and deduction to reason things out.

The mistake most people make, when trying to focus, is to attempt to strengthen System 2 (the deductive part) instead of treating both as tools that can become weeds if “bought into”.

Emotions and sensory amplifiers feed into both systems. Here’s how it works: a psychological trigger occurs (this can be – and perhaps always is – either thought or emotion that is initiated by your own brain). Associative emotional and/or sensory momentum fuels you into finding a solution to that trigger, in order to conclude or satisfy that trigger. In Goleman’s words:

You might have guessed: The missing regulator is pure attention; a disassociation from sensory or emotional buy-ins. In layman’s terms, not meditating on anything, simply doing nothing and observing… The art of non-resistance -practised each morning and evening for at least twenty minutes (once you’ve reached that point).

But what happens when we attempt to use willpower to manage focus and discernment…? The results are poor:

The McCombs School of Business study, mentioned in the introduction, was an experiment of almost 800 smartphone users, measuring how effectively people carried out tasks when their smartphones were nearby, even when not in use.

In one test, researchers asked participants to study at a computer, completing a test that needs full concentration to get a high score. These tests were gauged to measure the cognitive capacity of participants – particularly, how well their brain could hold and process data on request.

Before beginning the test, participants were requested at random to put their smartphones on the desk face down, in another room, or in their pocket or personal bag (switched to silent in each case.)

“We see a linear trend that suggests that as the smartphone becomes more noticeable, participants’ available cognitive capacity decreases,” said Asst Prof Adrian Ward, who conducted the experiment with co-authors.

“Your conscious mind isn’t thinking about your smartphone, but that process — the process of requiring yourself to not think about something — uses up some of your limited cognitive resources. It’s a brain drain.”

Further experiments suggested that the more dependent a person felt they were on the smartphone (self-reported), the worse they performed if the phone was in sight or within easy reach. One part of the brain supposedly actively works to not pick up or use the phone (not because of actual notifications). According to Ward, “The mere presence of their smartphone was enough to reduce their cognitive capacity.”

Sensory Addiction: Vampire Survivors explained: Why it was so successful

Vampire survivors had an early access launch in December 2021, for $3 USD, putting it into the top 20 most-played games on the PC platform with a high of 77,000 active simultaneous players.

Despite being an incredibly simple game, this cost into the same space as Grand Theft Auto 5, Team Fortress 2, Dying Light 2, and Total War: Warhammer III. It’s also attractive to thousands of Twitch viewers at a time.

The retro-styled pixel-based survival game has players move around characters on-screen, destroying opponents and collecting a range of bonuses. The only controls are up, down, left and right, with the character automatically attacking.

One viewer wrote that it was the “perfect game”, adding that “I should be playing God of War, but instead I’m playing this. I started playing Vampire Survivors as a breather in between the more serious game that is GOTY material. Yet somehow I just can’t stop playing this very addicting title that’s only $3 USD.”

The creator, Lucas Galante admitted that the addiction was no coincidence. Having worked as a software developer in the gambling industry, he replicated the same methods but for a more traditional arcade game.

All in all, it’s a sensory overload of sounds and colours that is similar to a casino. Slot games only need a player to press a single button, “and the game designers have to find a way to push the player to press that button,” he said to the Verge tech website.

Each time that button is pressed, money is spent. Because of this, an enormous amount of attention is focused on the animations, sequences, and sounds:

“because you have so few elements to work with. Basically, (the designers) try to maximise the importance and impact those elements have on the player. I just absorbed that knowledge basically just by being in the industry. And so when making a game, I have automatically applied it to what (I’ve been) doing.”

In other words, tactics like sensory overload in the Vampire Survivors game work by giving you maximum stimulation with minimal effort. Once upon a time, advertisements were simple image or text write-ups. Today, it’s a silent video that loops, luring you in to click.

More user behaviour data is increasingly being fed into powerful deep learning and artificial intelligence modelling systems, that can naturally integrate your most recently accrued website and multiservice cookies, predicting what will grab your attention in the future.

Today, even the big players like Gmail bombard you with targeted paid emails that appear in your inbox in the same way as advertisements on YouTube. To reduce your exposure to unsolicited solicitor messaging, available options are:

Distraction feeds on the “boom and bust” cycle. A state of focus is the opposite of being distracted. Once you’re not distracted, you’re focused by default. As a closing note, the inescapable key to allow awareness to overcome the desire for distraction is to not escape the painfulness of surrendering into awareness (nonemotional, nonresistant observation, i.e. when the call happens – to open up an app, to blame someone for something, or to hold on to emotions – being aware of it and, instead, doing nothing):

“Pain can be an excellent teacher. If you look at it dead in the eyes and face it rather than running away from it or sedating yourself, the pain will teach you everything.”

The good news is that the benefits of this (hinted at from ‘The Marshmallow Experiment’ science experiment, the ‘Deep Work’ science-based book and many science and non-science-related sources) – include: