Is it Legal to Use a VPN in Australia?

Let’s cut to the chase here: It is legal to use a VPN in Australia. An Australian citizen does not need to worry about using a VPN.

But that does not mean VPNs are completely absent from the Australian government’s mind. After all, there are still parts of the internet hidden from Australian networks.

And therein lies the underlying conflict: Using a VPN is not illegal in Australia, but it is the kind of that the government will consider as a reason to suspect that you might be doing something that is illegal.

VPN is an acronym. It stands for “Virtual Private Network”. But that name does very little to explain the complexity of what a VPN actually does.

The first thing you need to know in order to understand VPNs is a little bit about how the internet works. You see, your computer is always part of a “network”.

This network can be comprised of any number of computers. Your own private network is usually comprised of just the computers and internet-connected devices in your home. This network allows these devices to share files with each other. But networks can be, and often are, much bigger.

The network you interact with the most is the internet—that is, the worldwide web. So, we have the network in your home, and also the internet, which is a network outside your home. What about it?

A VPN is software that acts as an intermediary network between the network inside your home and the network outside your home. It stands “in-between” those networks. What it does in between these two networks depends on what VPN services you pay for.

There are three primary functions of a VPN:

Before we get into talking about each of these individually, it is worth mentioning that there are VPN services that can do all three. It is also worth reiterating that none of these things are illegal in Australia.

Even hiding your activity from your internet service provider is not illegal. It can be considered suspicious, but not illegal. Think of it like this: If you were being accused of doing something illegal on the internet, your use of a VPN could not be taken as proof of that accusation being true.

But at the same time, using a VPN can also keep you from committing crimes. But we are not there yet.

First, let’s talk about each of these functions of a VPN, starting with keeping your data safe.

Most people look at this and think, “Wait. My data is in danger?”

Yes. Yes, your data is very much in danger. Some of the biggest websites and tech giants in the world regularly include the use of your personal information in their end-user license agreements.

Even if you do not input your personal information, they can still extract it from your computer. Most times they do this to sell it to advertisers to construct the ads that you see all over the place. But naturally, that means that this data can sometimes end up in the wrong hands.

VPNs encrypt your data to make sure that this does not happen.

Data encryption is a bit of a stressful subject. Luckily, location spoofing is a lot lower stakes. All location spoofing means is that the VPN dresses up your network to make it look like it is located elsewhere.

But what does this accomplish? Well, two things:

You see, the internet is dependent on data centers. When you connect to the internet you send a signal to a data center. If you are connecting to a website, then that data center will “point” your connection to another data center that is closer to the “home” data center of the website you want to get to.

But the data centers available to Australians have some modifications put in place by the Australian government. Namely, there are some websites that you cannot be “pointed” to.

Location spoofing basically means that the signal your computer sends goes much further without being pointed anywhere. This makes it slower but allows you to access those restricted sites and features.

This is the feature of VPNs that makes people, both consumers and internet service providers, the most nervous. Which is funny, as it is the most innocuous, in a way. Your internet activity remaining hidden is more a side effect of VPNs than a deliberate effect. But it is important nonetheless.

Hiding your activity from your ISP also means a lot more in the United States than it does in other parts of the world, including Australia. In the United States, ISPs regularly track their users’ activity and implement data throttling to slow down their internet speeds.

They do this to encourage users to pay for higher internet speeds, while at the same time ensuring that the whole network is not slowed down as a result of everyone using the internet at once.

How VPNs Prevent You from Breaking the Law

We mentioned earlier that VPNs can help keep you from breaking the law. How can that be?

Well, it has to do with the way websites and ads work. You see, websites have to deliver a lot of information very quickly. This includes information on how to visually render the website.

Websites will download this information onto your computer as “cookies”. Ads will do the same thing. The issue is that these cookies can be dangerous in themselves.

Some can be viruses or combine with other cookies to become viruses. This is especially true with cookies from ads.

While VPNs can help protect you from these things (a VPN will usually encrypt the cookies, making it so they cannot “talk” to each other to form a virus) there is a secondary effect of these cookies that VPNs also help deal with: What happens if an ad downloads illicit images onto your computer with cookies?

How VPNs Prevent This

There are a few different ways that a VPN can prevent this sort of thing from happening. First, many VPNs are designed to wipe cookies from your hard drive before they turn off and after the startup.

Second, some VPNs can be set up to disallow cookies entirely. This will make many websites run slower, but if it means avoiding placing illicit images and files on your computer, then that is a good thing.

VPNs are not illegal in Australia. They exist on the edge of the law, as they allow you to use the internet to see things that are normally hidden from Australian users, like HBO Max and other streaming sites.

But they also do a lot to make the internet a more safe place. This includes keeping certain files from getting onto your computer. Just be sure that you get a good VPN and know how to use it properly. 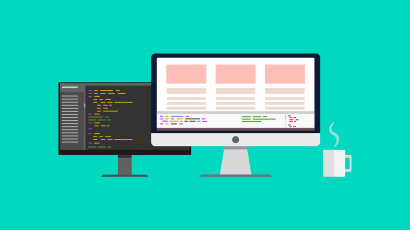 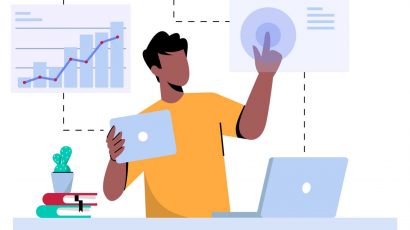 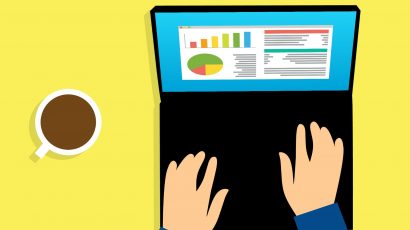