War Continues But Australia and Others Shake Off Covid Restrictions 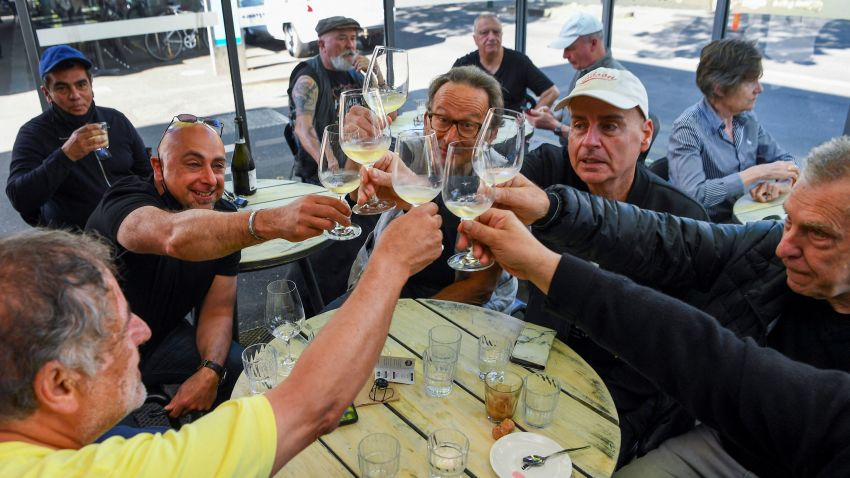 As the world started saying goodbye to a year defined by many by the crisis in Ukraine, economic concerns, and the repercussions of global warming, Australians enjoyed their first Covid restriction-free New Year’s Eve in two years.

Among the first Australian cities to ring in the New Year was Sydney. It did so with an unsually spectacular fireworks show, which included a rainbow cascade down the world-famous Harbour Bridge, which is a first.

Sydney’s Mayor Clover Moore said about the event that “we are announcing Sydney is back” as celebrations went live across the world and people welcomed in the New Year with a boom.

Due to restrictions in 2020 and an increase in reports of Omicron towards the end of 2021, celebrations in Australia had to be scaled down. But this year, Australia joined the ranks of nations that have reopened their borders and eliminated social distance limits, so festivities are once again free from restraint.

All of the sails of the Harbour Bridge and Sydney Opera House were used to unleash thousands of pyrotechnics throughout the show.

Some Chinese citizens were not in a celebratory mood when the government reversed its “zero-COVID” policy this month, which resulted in a sharp increase in the number of new infections.

Still, others held out hope that the New Year would mark the beginning of China’s full recovery from the plague.

“Throughout the year 2022, I was subject to COVID at work and at home. In 2023, I pray, things will go back to as they were before 2020″, remarked a user from neighbouring Jiangsu province.

Many thousands came to celebrate in Wuhan, China, the Chinese city where the epidemic first appeared in 2020.

At least one popular New Year’s Eve meeting spot had people siphoned away from it, and officers used loudspeakers to repeatedly play a brief message warning them not to congregate there.

Large groups of partygoers ignored a message on a loudspeaker that pleaded with them to “do not congregate or halt” for the sake of their health and safety.

There were a lot of people on the Bund, a famous promenade along the river in Shanghai.

One millennial digital media professional, Da Dai, and her two friends were visiting Shanghai for a celebration. “We’ve been through Covid, so we think it’s okay to go out and have fun,” she said.

After floods throughout the country caused chaos to thousands with one landslide killing over 30 people, the government of Malaysia cancelled the New Year’s countdown and fireworks display scheduled for Dataran Merdeka in Kuala Lumpur.

The nation’s iconic Petronas Twin Towers said that they will have a scaled-down celebration, with no concerts or fireworks.

Since the Ukraine conflict in February, Europe has been in the midst of a huge war with no end in sight, and the year was drawing to a close with the continent still in turmoil.

The country of Ukraine enforced curfews from 7 p.m. until midnight, making it impossible to welcome the year 2023 with public celebrations. Several governors around the country have issued social media warnings to their constituents to stay within the law on New Year’s Eve, with several mentioning that police patrols in the cities would be stepped up after dark.

Oksana Mozorenko, 35, a resident of Kyiv, stated, “I would really want this year to be done,” despite the fact that she and her family had decorated a Christmas tree and purchased gifts to make Christmas a “genuine celebration.”

According to Ukrainian authorities, Russia launched its second massive missile strike in three days on New Year’s Eve, with explosions recorded all around the country.

“Multiple waves of missiles were fired from the terrorist nation. Their New Year’s greetings are heartfelt. However, we will keep going “Governator of the Kyiv area Oleksiy Kuleba used Telegram to communicate.

On Saturday, Putin used his traditional New Year’s speech to mobilise support in Russia for the Russian military’s ongoing operation in Ukraine.

Meanwhile, the New Year’s fireworks show for Paris was scheduled for the first time since 2019, after being postponed due to the virus. At midnight, a 10-minute firework spectacular was scheduled to begin, and it was estimated that 500,000 people would congregate on the Champs-Elysees to see it.

Several communities in Croatia, including the country’s capital of Zagreb, decided to forego New Year’s Eve fireworks after animal rights activists raised concerns about the health consequences of the explosions on humans and animals.

An Adriatic town called Rovinj intended to have laser displays in lieu of pyrotechnics, while Zagreb planned to host events with spectacles and music. Officials in the city of Rijeka said they wanted to give the money that would have been spent on fireworks to groups that help animals.