This guide will show you how to short sell in the stock market and possibly – as with those GameStop holders who doubled their portfolio – maybe profit.

Data available for short positions doesn’t give you actual  tradable signals… But you’ll see how a rise or dip in a firm’s short position can predict early shifts in investor sentiments.

In this tutorial, I’ll go over exploiting those short selling signals on the ASX, explained in simple terms – and several tricks investors use to profit from sudden falls or market rises.

What is Short Selling: Explained

Short selling can be one of the trickiest concepts for beginners to grasp.

With this in mind, we didn’t list it as one of our upcoming trends in online trading… But shorting was brought to the attention of the wider public by the notorious GameStop fiasco.

While some are curious about it, not everyone is exploring how shorting works. The simplest way to understand this trading method is to do a comparison with traditional shares trading.

Going “short” by contrast, does the opposite. You only profit when the share price drops:

How can I Sell Shares I Don’t Own?

The short selling feature is instant and natural. But let’s go over the technical process for a second.

It’s counterintuitive at first. You mostly see selling shares you don’t own done through a trick called “Covered Short Selling”… all this really means is you’re borrowing shares from someone else. And the whole arrangement is organised by your stockbroker.

Open a short trade: You borrow shares and sell them at the market’s current value. Your trade is now open.

Close it: Once you purchase the same number of shares that you borrowed – and return them to the original shareholder – the trade is considered complete.

A less common way of shorting is the “Naked Short Sell”. It doesn’t involve you stripping naked and requesting payment in shares.

A stockbroker sells an order in your name, even though you didn’t directly borrow those shares (which is why they call it “naked”). You close the trade the same way as with Covered Short Selling – ie. by repurchasing the same number of shares originally borrowed in your name.

(This is all handled by your trading platform. Shares are not physical assets, it’s all 0’s and 1’s on your computer. You win by making a profit, while the shareholder/lender earns by charging a small borrowing fee).

What is ASX Stock?

A last note: ASX is short for the ‘Australian Securities Exchange… We’ll use it to short sell in Australia.

This public company was formed in 1987 by Australia’s Parliament as a state-sponsored security exchange. Its daily average turnover is A$4.6 billion, making it a trusted top 15 worldwide exchange.

The ASX is of course fully regulated by the Australian Securities and Investments Commission (ASIC) – who audits all Australian major exchanges.

ASIC requires all ASX stockbrokers to report their total short positions each day. This data is then published four business days later – after the trade – on ASIC’s website. ASX also publishes its own list of short sell transactions for the most recent trading day.

⭐ How to Short a Stock in Australia and Profit

The advantage of short selling is that you can profit in a falling market – even if share prices are falling, you can still make wins.

It’s a tactic used to hedge portfolios, to buffer against drawdowns in downtrending markets… When the stock market turns negative, profits made by short trades can help to counteract the long trade losses.

The main disadvantage (to traditional investing – there are simpler ways, which I’ve mentioned below) – is it can be complicated to take part in.

Australian stockbrokers have to do quite a bit to gain the right to short sell: more paperwork, pre-authorisation for each trade, collateral needs, greater fees, plus maybe a minimum trade size of $50,000.

Another disadvantage is that risks can be unmitigated. Traditional shares are limited to the original amount spent for that share. The share price can’t fall below zero… But with short selling, a trade remains open until you repurchase the original number of shares you borrowed.

2008 saw Volkswagen hit by a giant short squeeze, rivalling GameStop’s. There is no upper limit to how high a share price could go, creating a snowball effect of short sellers attempting to close their shades at the same time, which drives the share price even higher. (Volkswagen’s share price increased from €200-€1000 in a bit over a month).

You also need an Australian exchange approved to short sell… Once these bases are covered, here are the possible ways you could profit from short selling:

If you try to short sell in Australia traditionally, you may need to invest up to $500,000 (wholesale investment). You’d be contacting a full-service broker or big investment fund like Morgan Stanley, who will offer you advice alongside the trading option – charging you a premium for this service.

To avoid this, either:

Once you’re signed up:

No one knows if the market will go up or down. But if you want to take the gambit, here are a few common strategies there have been effective in the past:

If you already have a portfolio of stocks and think the market is going to crash or a company’s shares will fall, you can short the stocks through CFD to the amount you think they will fall – and offset any losses.

Head to the What Happened to GameStop Stock section to understand how tight-knit online groups, like Reddit pages, can be a danger to – or assist in – your goals.

The everyday person has more of an impact on the stock market. In the case of GameStop, it bankrupted a lot of rich investors who had enormous pots of short stock, held in the company. But similar tides can be used to your advantage – for instance, if many people decide at once that a company should be scrapped.

You’d need to keep an “ear to the streets”, as they say.

The simplest strategy. You automatically (passively) follow the exact moves of a trader who has proven themselves successful – time and time again – for short selling.

The first investor’s rules: do not invest what you cannot afford to lose. Secondly, using a demo account will allow you to test your ideas with virtual money, before investing real money. Most trade platforms let you create a demo account, where you invest fake money.

Also get familiar with using stop losses, and always know your risk exposure. For instance, options are simpler and have a smaller risk profile generally compared to CFDs.

If you’re unwilling to make trading a full-time job, chances are that you’re best off doing shorting through a copy trader. For this, there’s none better than eToro (eToro review)… Shorting needs trigger finger reflexes – being deeply synchronised with the market’s pulse. It’s not for part-timers.

What Happened to GameStop Stock?

I’ve written an article on how to buy international shares., replace this article as you had thousands of investors around the world – all “conspiring” (maybe unwittingly) together to short squeeze the unsuspecting company.

The r/wallstreetbets page was created in 2012. During the pandemic and growth in trading apps that let users play in the market without needing a broker or money manager, the forum gained 5 million new members, expanding from 3 million in January to 8 in February.

They basically decided to go against market experts and buy tons of stock, in sum.

Who Profited from GameStop Stock? (and lost)

Michael Burry made a cool $270 million from the GameStock squeeze.

He was a fund manager. And an example of who made a profit during the squeeze… Basically those who invested in the company before it started rocketing up in price. (As long as they sold when it reached one of its highs.)

Who lost in gamestop short squeeze: biggest: those with a heavy amount of stock shorted there before the squeeze. Lesser: those who invested traditionally but when the stock reached a high, before it went back down again.

Now you know how to short a stock in Australia, you’ll need an app.

I’ve recommended eToro for CFD shorting as it’s perfect for those who are low on time – eToro lets you socially trade, with more than five million users it’s the largest social trading platform in the world. It’s also regulated by the Australian Securities and Investment Commission (ASIC).

Let a proven expert – who is fully aware of the CFD risks and complexities – automatically make your stock shorting decisions. 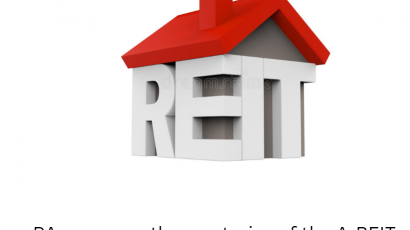 Guide
REITs Australia – What Are They? 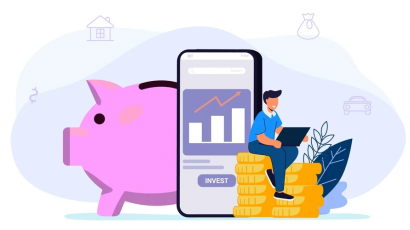 Guide
What Is Micro Investing? 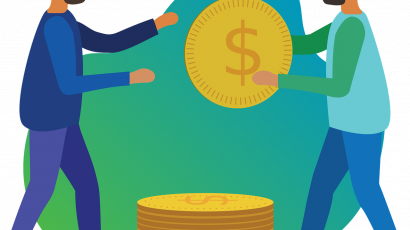 Guide
What is the Spread in Forex & How Do You Calculate it?