Massive Upgrades on Their Way For Wi-Fi 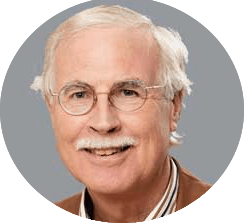 Large-scale changes to Wi-Fi are around the corner. Previous restrictions to plot spectral usage of router broadcasts are opening up, with 6GHz bands becoming available for unlicensed usage alongside 2.4GHz and 5GHz.

In the coming months—this means the biggest upgrades to Wi-Fi in over twenty years, with what should be great boosts to high-use public connections—as new-generation devices get released to consumers.

The amount of bandwidth accessible, such as by the fastest VPN routers—and surfing devices—will be 4-6 times what they were previously. Interference is also expected to be far reduced.

The Wi-Fi Alliances’ (WFA) press release, goes on to say that many more smart devices—running at multi-gigabit Wi-Fi speeds—will be able to perform optimally on Wi-Fi networks, simultaneously.

The latest generation of devices supporting 6GHz Wi-Fi are penciled in for the last quarter of 2020, which means we’ll be able to take practical advantage of this change sooner rather than later. These new-generation devices will be tagged as “Wi-Fi 6E compatible.”

Let’s cover a few pressing matters around this.

How Will I Get A Stronger Wi-Fi Signal?

“Spectrum shortages” are responsible for bad Wi-Fi signals, in more than one way. The first issue is the connections. When you can’t connect to a Wi-Fi network, you are probably competing against too many other devices.

When networks become congested—with a bandwidth capacity struggling to handle all requesting devices—the connection either slows or becomes unreliable. Some connections drop.

Bad signals also occur due to saturated airwaves. On a busy high-street, many Wi-Fi networks compete—interference is natural. It’s actually a barrier between you and advanced phishing kits cybercriminals are downloading on the Dark Web.

The result is the same, nonetheless—a reduction in network speeds and uptimes, as signals clash for dominance in limited radio airspace.

6GHz Wi-Fi promises major, sustainable performance boosts. As airwaves open up, they provide more unmitigated flight paths for networks to channel across. Signals no longer need to negotiate with each other.

Sudden blimp-outs should be rarer. There will be enough room for seven multi-gigabit (160GHz) Wi-Fi signal streams, running at the same time in the same area—without creating intra-interference.

The FCC has opened up the 6GHz band by 1200MHz of the spectrum. Since 1989, our WiFi bandwidth has been managed inside 400MHz of spectrum space.

The competition will be far less, as a result—in other words: far greater network sizes as well as more quantity. For more context, seven 160MHz channels can fit in the 6GHz band. Only two of these would fit in the airspace we have now.

While you’re emailing or your child is streaming videos wirelessly and hopefully unwatched, we’re using radio frequencies. This is the same for Wi-Fi, pretty much.

Wi-Fi-compatible radio waves are similar to signals your car radio picks up. Information bounces around inside radio airwaves, via certain broadcast bands. Something like a walkie-talkie, FM station, or regular phone call uses radio frequencies in the kilohertz and megahertz range.

It’s not just a question of adding a third band. 6GHz airwaves do not have the distance that 2.4GHz waves cover—just consider the AM radio stations your grandparents used, to get a radio signal in the unlikeliest of places. You can get AM radio signals even while inside a concrete war bunker.

By comparison, 6GHz travels much faster, and thus delivers data at a far more rapid rate. It cannot cover as much distance, on the other hand. Greater speeds are not the point, however; it’s that you will be able to achieve optimal speeds reliably.

The total amount of space—that Wi-Fi can be broadcast over—will more than quadruple in size, allowing many more simultaneous connections. Let’s say you got access to a Wi-Fi 6E compatible device or router sooner than anybody on your block. You would have untethered access to the 6GHz airwaves, free of any connectivity competition.

The mission is to keep distributions optimal long-term, so that speeds and the overall reliability remain superior, even years down the line when many more people take up 6GHz routers.

How Will Wi-Fi Speeds Change?

The current 5GHz and pending 6GHz radio bands enable Wi-Fi to function at a maximum top speed of 9.6 Gbps. So, we are not looking at a faster Wi-Fi blueprint—in principle—by going with 6GHz. Still, it works out this way in actuality. Expect the biggest web hosting companies serving Australia to snatch up larger cloud hosting shares, via unprecedented deals.

Even with the new band, devices and routers will not achieve 9.6 Gbps in real life. Those are just the maximum speeds the Wi-Fi 6 standard theoretically allows. What you will see is a general shift in speed, because of the increased spectrum capacity 6GHz allows.

Routers will actually be able to deal with signals at the maximum allowed channel size. And a bigger channel size far faster, far more reliable connections for your Netflix VPN.

Estimated smartphone speeds will be 1-2 Gbps, for those using 6GHz Wi-Fi. This rivals 5G, though your network plan will still limit the top-end speed your device can eat up.

When Will “Wi-Fi 6E” Devices Be On Shelves?

Senior vice president of marketing at the WFA, Kevin Robinson, says trailblazer Wi-Fi 6E-compatible devices won’t be available in stores until the winter of 2020. Furthermore, real stocks won’t be on shelves until the first quarter of 2021, when the Wi-Fi Alliance deploys a certification program for 6E devices.

Meanwhile, various mobile manufacturing companies are preparing for the new release. Intel has inked in January 2021 as the release date for its chips. Qualcomm has given an official statement of readiness for the new hoard of devices. And Broadcom has also issued a press release, for a Wi-Fi 6E-compatible mobile chip.

Key router companies, Netgear and Linksys, have also announced their support. Finally, Apple has given the FCC move a thumbs up, remarking that the WFA has cleared the way for next-generation Wi-Fi networks.

As for devices that will jump on Wi-Fi 6E, via compatibility and chips, smartphones are the likeliest urgent first-bet for consumers. Hundreds of millions of smartphone devices are expected to be manufactured and shipped out in 2021. Laptops, routers, and tablets should closely follow, with televisions a late-runner somewhere in 2022.

50% of internet browsing is done on mobile devices, so it is no wonder smartphone technologies are expected to be the first to adopt 6E. Expect that your favorite brands are gearing up for rapid new releases early next year.

What Should I Look For When Choosing Wi-Fi 6E?

If you see this on the box, you’ll know you are buying a device that gives the best possible wireless experience—today. Make sure you also know the most secure browser to use when surfing.

“Wi-Fi 6,” however, still relates to the 5GHz spectrum. The next generation of devices, capable of functioning inside of the 6GHz band, will be labeled “Wi-Fi 6E” or just “6E” for short.

Later this year and into the next, you should begin to see a breadth of devices all supporting 6GHz Wi-Fi. Expect a rush of manufacturers deploying new 6E laptop and router models.

With such an extensive upgrade in Wi-Fi’s license, there will be an inevitable increase in the speeds at which current technologies are becoming outdated.

To connect to Wi-Fi 6E via a laptop, you will need to buy one with 6E compatibility—or to install the relevant chip, if this becomes possible.

If you want to get that connection at home, a Wi-Fi 6E router will also be needed. Wi-Fi 6E devices will be compatible with each other and capable of accessing all current spectrums, plus the newly-available 6GHz.

Most important are market trends.

Key players, such as smartphone and laptop companies, may be slow on the uptake, or resistant to the adoption of 6E. So far, several major names like Apple and Netgear have given their official support, so things look very promising. In the past, however, attempts by the WFA—to innovate Wi-Fi technology—have been rather unsuccessful.

Second, browsing-related devices currently on the market will all—technically—become outdated, though not obsolescent.

More gadgets will move onto 6GHz networks that were previously blocked by mandate. They will eventually replace non-6GHz systems. But, until that happens, you will not be able to take advantage of 6E’s benefits. Or, you may have a limited chain of connectivity, while waiting for other key devices to find their way into stores.

Next-gen devices pending for 2020 are configured for 2.4 and 5GHz spectrums. Although new 6E devices will have backward-compatibility with those spectrums, older smartphones—even those released in 2020—will not be permitted onto 6GHz.

6E devices that will run at a greater efficiency on the network. So far, the Wi-Fi Alliance has not permitted any non-6E devices for approval under its 2021 certification program.

Also, the US is waiting to see whether Europe adopts 6GHz. The European Commission will also need to be involved. This move could happen in 2020, or it could take longer for individual countries. For companies who ship gadgets globally, slower adoptions by certain countries could impact overall manufacturing rates.

Finally, while a license for the 6GHz spectrum has been opened for Wi-Fi, there are pre-existing users. Interference won’t altogether be canceled out.

When handling broadcasts indoors, this should be easily blocked by your house’s walls. Outdoors, routers will use “automated frequency controls,” to diminish issues.

Think of it this way. These two technologies will share the 6GHz network. Still, there will be different circumstances when each is preferred.

For example, when you’re on a speeding bullet train at 195 miles per hour, or on the highway in your car, 5G will be your method-of-choice for connecting to a network.

For indoor network usage, 6E will mostly be preferred. You’ll be able to use a router for maximally-efficient connections, as well as the ability for more devices to connect at once.

This is the same for businesses or hospitals providing network access points to staff in a building. For events in stadiums and concert hall shows, 6E will be the best solution.

There are a few interesting innovations possibly down the pipeline, such as the potential for augmented reality. Previously, connection speeds were too congested for this to be a realistic staple of everyday life. Standard 256-AES encryption protocols effectively ward off innovative cyber criminals and will be a must.

Also note, 5G is a much longer time-endeavor. It will take time to build into cities as a common feature. 6E, on the other hand, could be with us within the next year or two, as it is simply a change in the license agreement of a pre-existing radio band.

As of now, it looks like the tech industry is preparing for a radical overhaul into 6GHz terrain. 6E will get the bulk of early benefits, while 5G catches up.