What Is Bitcoin? BTC Price and How It Works

It was the first cryptocurrency to crash-land into the mainstream… It relies on quasi-decentralised protocols, cryptographic encryption, and a means to reach international consensus.

Each transaction of this coin continuously updates on a public digital ledger known as the “blockchain”—which permits peer-to-peer exchange of value in the digital sphere.

Of course, we mean Bitcoin… If you’re late to the game, or somewhat experienced but want a refresher—you’re in the right place—in this guide, we explore what BTC is, the cost, and how it works.

At a Glance 🚀📚: What Is Bitcoin? BTC Price and How It Works

If you’re interested in truth, consider Data Propaganda 🗽; to really understand Bitcoin, you may need to do your homework and be perceptive.

What Made Bitcoin So Popular

In January 2009, a very curated selection of developers became the target audience for the anonymous launch of Bitcoin.

Today, Bitcoin is a widely exchanged financial denomination with a day-to-day settlement amount valued in the many billions of dollars.

With this level of widespread adoption, Bitcoin is highly regulated as both a denomination and a commodity—therefore, it’s legal to use (with differing levels of limits) in all key markets, despite differences in its regulatory positioning regionally.

A whitepaper from 2008—entitled ‘Bitcoin: A P2P Electronic Cash System’—served as the foundation for Bitcoin.

The approach for giving two consenting users to directly trade with one another without the necessity for a dependable third party” was described in the research paper. The technology implemented provided a solution to the “duplicated transaction” issue, permitting true rarity/scarcity for the very first time in the virtual world.

The paper’s stated writer is Satoshi Nakamoto, who is likely an alias for a group or person whose actual name is still mysterious. On 9 January 2009, Nakamoto released his paper on the open-source program known as Bitcoin, which was downloadable and useable by anyone.

The Bitcoin network’s early design was mostly fueled by its usefulness as an innovative method of exchanging value in the online world.

Early advocates were mostly “cypherpunks,” or those who encouraged using advanced privacy-preserving technology and strong encryption as a way to affect geopolitical and social realities. But quite rapidly, adoption greatly accelerated from a speculative interest in Bitcoin’s potential value.

Over the ensuing 10 years, both the BTC price and the volume of traders climbed reliably. A huge number of Bitcoin markets began making banking integrations, increasing the ease with which one could transfer cash locally between fiat and BTC, while regulators in key nations sharpened the legality of it and other cryptos.

As larger-scale organisations showed interest in the currency, other firms established firm custodian services, facilitating investment banks’ access to it.

Did You Know? 💡: El Salvador became the first nation on the planet to make Bitcoin legal tender in June 2021.

Why Use Bitcoin Instead of Regular Cash? 📀 💵

Why would you choose to convert your hard-earned Aussie dollars into BTC through your favourite crypto trading app, what’s the benefit?

The most fundamental application of Bitcoin is for the transfer of value independent of the established banking system.  Individuals use BTC, for instance, to send money internationally because it settles transactions more quickly and cheaply—and perhaps even more safely—than older settlement systems like ACH/SWIFT.

Even tiny payments were settled using BTC in the formative days, which had low network adoption, therefore allowing it to compete with other payment systems like Mastercard/Visa in doing so (these actually handle settlements long after the actual sale).

Scaling problems, unfortunately, rendered Bitcoin less viable as a method of payment for low-value goods as it gained popularity. In other words, the early limited blockchain capacity and the lack of 2nd-layer technologies made it extremely expensive to resolve trades.

This bolstered the claim that Bitcoin’s price is primarily reflective of it being a novel substitute for gold—a form of “digital gold”—instead of a full-fledged payment system.

The claim made here asserted that Bitcoin’s value comes from a confluence of its integration of technology advancements, its limit on supply, “developer-friendly” transparent monetary processing logic, and its potent network effects.

The investing hypothesis would be that BTC could replace gold in this sense and possibly develop into a type of “super clean security” at the international economical scale.

The principle that Bitcoin facilitates financial autonomy would be another common one. This is potentially made possible by offering, on an optional approach, an alternative kind of currency that (theoretically) has robust defences against:

Theoretically, there isn’t a CEO and no one oversees or manages the Bitcoin system. Alternatively, the network is comprised of voluntary individuals who accept a protocol’s norms (which take the form of an OS software client).

Modifications to the system must be approved by most users, and who these users are will include a range, such as end users, “nodes,” coders, “miners,” and people in associated sectors like financial exchanges, wallet issuers, and holders.

As a result, Bitcoin is a sort of political system. Whether or not Bitcoin is one of the most decentralised cryptos out of all the ones that are currently in use, is another matter. For instance, Monero is much more private—however, Bitcoin has become the ideal collateral for the worldwide economy, in some respects.

The public ledger known as the “blockchain” contains the details of every Bitcoin transaction. The network depends on people operating the Bitcoin protocol application and freely maintaining replicas of the register.

These “nodes” assist in the proper transmission of activities throughout the system by adhering to the system’s regulations as made possible by the basic application infrastructure.

Because we already have over 80k nodes distributed around the world, it is practically impossible for the system to have serious downtime or information losses.

Which stands for peer-to-peer. Despite the fact that nodes record and spread the network’s status (also known as the “truth”), transactions really move from one individual or company to another. As a result, there’s no requirement for any “trusted third party” to serve as a middleman.

Theoretically—as it stands, regulatory laws mean it is illegal to obtain Bitcoin in most countries without going through personally-identifying processes. These, in effect, put regulators and those working with them as middlemen or overseers.

Another of the fundamental features of the Bitcoin network is that the total quantity will eventually grow to 21 million max coins. Some say that Bitcoin should be considered a “hard asset” because of its known and fixed available quantity—one of the various features that’s influenced how valuable investors think it is.

Finally, Bitcoin operates on a predetermined timetable that’s also incorporated into the coding that progressively slows the pace at which new BTC are supplied to the total supply. The issuing rate is cut by half typically every 4 years—beginning with a block size of 50BTC (with new blocks forming each 10 mins). The third halving occurred in May 2020, decreasing the block production frequency to 6.25 BTC.

At first, Bitcoin was almost worthless.

When Finnish computer science graduate Martti Malmi, also known in the community as Sirius, sold 5k coins for a fiver, it was the first event to give Bitcoin financial value. The transaction happened through PayPal. (Ten years later exactly, that trade would have been worth over $40 million.)

The direction of Bitcoin’s price:

By the end of 2014, exchanges, most prominently Mt. Gox, processed 70% of all BTC operations and began bringing on new customers. Consequentially, crypto grew more widely available. The price rose as usage rose.

BTC started off in 2013 at $13, but by November of that year, it had risen to $1,000. But after the Tokyo-based Mt. Gox suffered a 2014 security breach and hackers stole $60 million from its bank accounts, success slowed down the following year. By the end of the year, Bitcoin had fallen to about $300—owing to Mt. Gox’s bankruptcy closure.

Bitcoin plodded on softly throughout 2015 and 2016, which resulted in a rather quiet price movement. It was close to $1,000 by year’s end. The asset attracted additional investors the next year as rising media attention started to interest the typical retail consumer.

Midway through March 2020, the COVID-19 😷 epidemic occurred, causing a sharp decline in the equity markets.

Not surprisingly, Btc suffered as well, losing 50% of its price in less than 2 days to trading under $4,000. Some predicted that the Covid-inspired drop would be the hammer that broke Bitcoin’s back. However, those doubters were dead wrong—instead, asset prices increased significantly as a result of the Federal Reserve’s decision to issue money as a kind of fiscal stimulus in response to the Covid-19 outbreak.

Bitcoin has had trouble competing with the market as a whole since November 2021. The quantitative easing era’s “to the moon” narrative was finished, and countries were now being hit by raging inflation.

Reasons for this are myriad, mysterious, and far-reaching (they include the Ukrainian crisis and the weakening of the ‘Collective West’, thereby destabilising economies worldwide)—but one thing to mention is that, since early 2022, the Fed has been increasing its interest rates, punishing investments that are the furthest from the centre of risk the most.

Since the beginning of the year, Bitcoin has been in a free decline during its so-called ‘crypto winter’—BTC fell from $39k in early May to $20k by mid-June, where it is now trading. May was the most detrimental month this year.

It has been said that the period for “dumb money” in crypto is over—and this may be true. At any point before the crypto winter, all you needed was to have bought crypto and transferred enough of your profits into some kind of diversified investment.

There was no great technical or analytical ability required. You simply got in at the right time. Now, however, it’s possibly a poor idea to try to time the market. People are slowly working out that there is not really a great ‘crypto community.’

Rather, when investing in the markets, it’s player-versus-player. In order for you to make fast money, someone generally needs to lose.

The protocol used by Bitcoin is dynamic. It is capable and has adapted to changes during the duration of its existence, and it will continue to alter.

The administration of Bitcoin technology is essentially reliant on people. Despite the fact that there are a variety of structured processes for updating Bitcoin, individuals decide what Bitcoin is—the way it’s used, how it’s perceived, and what its meaning will be.

There have been some serious conflicts within the industry over the course of its existence on what direction BTC should go. A fraction of people may voluntarily opt to accept a different variant of BTC, although many agree that it is the likely most lasting cryptocurrency for the foreseeable future. 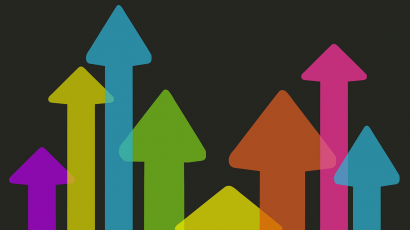 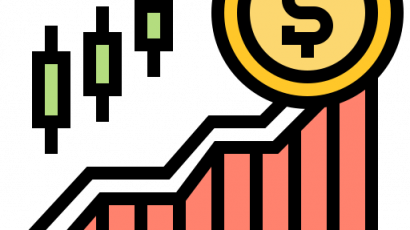