Microsoft is worth more than the whole stock market of Brazil.

Shares are all about perceived value. They’re units of ownership in a corporation; pieces of that firm’s value, which could rise or fall in the future.

When you buy a share, you’re normally hoping it’ll grow, so you can reap profits, as a stakeholder.

Shares do work in many different ways, so I’ve also covered key scenarios to be aware of, below. But as always, we’ll head right into our picks… So without further ado, first, in this guide we’re going to cover the best shares to buy now.

How We Choose our Platforms 📚

Did you know, the U.S. stock market represents 46% of the entire world’s stock market in size? So we’ll recommend the most conservative offerings for long-term investment, by going through the biggest companies on the planet by share value. But we’ve also covered the best “meme stocks”.

We obviously can’t guarantee returns. In a previous guide, I’ve covered technical analysis and software. But large-cap companies like these hold the most natural potential for holding value rather than suddenly plummeting and losing your investment. Let’s begin!

Data below was extracted from YCharts as of 10 Dec. 2021. All with the exception of Saudi Arabian Oil Company (2222.SR) – that comes courtesy of TradingView.

The “007” of the Shares world: Apple (Apple never dies) has a large enough market capitalisation to equal a G7 country’s annual GDP.

With a market cap of over $2.1 trillion, it’s greater than almost 97% of countries around the world, in terms of their individual GDPs, a list which includes Australia (sorry to say), Brazil, Canada, Italy, and Russia. In fact, its value is so high that this leaves – from the global list – only seven countries that exist on the planet with a higher GDP than Apple’s market cap.

This gives it large room for steady future growth. However, a few flags to be aware of that could signal negative changes in the future include: revenue warnings on the horizon; falling sales in China; and Apple Store issues (i.e. “Apple tax” dissatisfaction where more and more affiliated companies such as Spotify and Netflix are attempting to avoid paying fees for customers who need to buy software using the iOS App Store, where Apple takes a cut or commission).

Microsoft would be the 10th-richest country in the world if you compared worldwide GDPs to Microsoft’s market cap. This among other technological giants with market capitalisation is well over $1.5 trillion: Apple, Google, and Amazon.

Microsoft does global development for devices, software, solutions, and services. Its flag mark product is its Windows and office software suite. But since the late 2010s, they’ve been watching out of relying on their software arm. Getting more revenue read profit from cloud computing offerings, which now is one of the market leaders for.

Microsoft’s primary cloud platform is called Azure. They also own LinkedIn, which is the primary social networking site for jobseekers. As well as Skype technologies.

However, one flag to look out for is that Microsoft tends to struggle during economic slumps. For instance, between 2008 and 2009, Microsoft dropped in value by nearly 60%. It’s not as diversified as Apple; its software-wing still makes up a large chunk of the company’s revenue, and so it’s overall less resilient.

3.  Alphabet Inc. – Which you know as Google (and everything else: diversification)

Alphabet is Google’s parent company, which has been on the climb going into 2022. The corporation has the lion’s share of the global search market. But an immense range of sum assets is offered, spanning mostly across digital and technological services, and includes:

*Google Cloud, for instance, lets developers make and launch applications and a range of productivity collaboration tools. The hardware wing of Alphabet is also growing in revenue: such as with the Fitbit, Pixel phones, and a range of Google Nest home products. This diversity is part of its strength and weakness. There’s a certain “uncertainty” with its capital allocation strategy. An immense number of side bets have been made that only loosely tie into its core advertising & search business.

Side-bets Google has taken on include: healthcare, delivery drones, green energy, self-driving vehicles (Waymo), and robots. Some of these – such as Waymo – have exceptional promise. But it’s yet to be seen whether this strategy of “moonshot” capital ventures will secure much real shareholder reward.

Shares are flexible, meaning they can be used as a micro-investment strategy, a long-term retirement plan, or as a full-time career in trading and finance.

What are shares, firstly? A share is a unit of claim to a company – in other words, the money you’ve invested into a corporation. Which it then uses to operate, in return for providing you with a stake or “share” in the company’s future revenue. What is this stake exactly?

It’s a mixed bag of financial and legal rights. Aspects of ownership. For instance, shareholders – technically speaking – legally have influence in annual board meetings. But it tends to be majority stakeholders who sway corporate decisions the most.

Some firms also use shares as a financial asset that give extra claims to declared residual profits, shared equally among shareholders, and distributed in the form of dividends. But regardless of whether dividends are on offer, shareholders participate in the distribution of the growth of company stock prices.

Let’s give an example. Say you’ve invested $20 into Apple. If you’re a shareholder without dividends written into the agreement, profits aren’t directly distributed to you as a stakeholder. Instead – as Apple’s profits rise – you’ll participate in the simultaneous rising price of its stocks, and the amount that you gained is proportional to the number of shares (units) you have invested into Apple stocks.

In other words, dividends are a tangible stake in company profits. Whereas non-dividend shares are speculative pieces of a company’s performance. As a quick roundup of different ways of thinking about shares as an investment:

Micro-investment is an investment strategy where a tiny amount of your money, relative to your budget or revenue, is invested regularly into assets. It’s the equivalent of a piggyback.

For instance, instead of investing $400 each month into stock purchases, micro-investing is based on adding a few bucks here and a couple of cents there.

Your portfolio grows fractionally, but each day. Many micro-investment strategies require an app or platform directly linked to your debit card. One example of this is PayPal, which lets you add in small amounts of your funds for cryptocurrency investments, according to your configuration preferences. Another well-known example is Acorns app.

As a demo of a micro-investing app. Let’s say you spent $3.58 on your morning coffee during your commute, the app can automatically wound up you purchased to the nearest dollar and transfer $0.42 to your portfolio. And also according to whenever you have extra leftover in your budget.

Market capitalisation, commonly shortened to “market cap”, is a company’s current market value – and this is speculative, i.e. based on market opinion.

This calculation is based on the stock exchange. A corporation’s market cap will be the total price of all shares of a company’s stock being held by its shareholders. For example, a corporation with 20 million shares, going at $50 per share, would have a market cap of $1 billion.

Market capitalisation is an important concept as it lets investors compare one corporation to another, in relative size. It’s a basic measure of how companies are valued on the market:  current supply-and-demand trends or prospects – and it’s a hard figure: what investors are willing to pay for a company’s stock right now.

Are meme stocks a good trade?

Meme stocks bring a lot of risks. So they suit traders who prefer volatile markets – where there is potential for enormous upside – and therefore who have a sound understanding of trading risk management before setting up a position.

What are the 7 best meme stocks?

According to Yahoo Finance, these entries are current future (or have done so in the past and may again) “to the moon” candidates:

*All are available on the NYSE, other than the last two, who are on the NASDAQ. 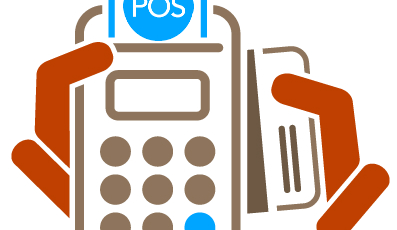 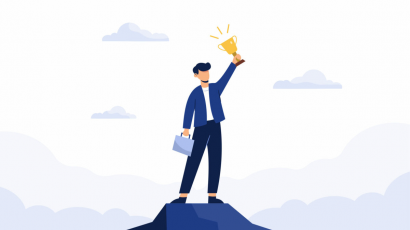 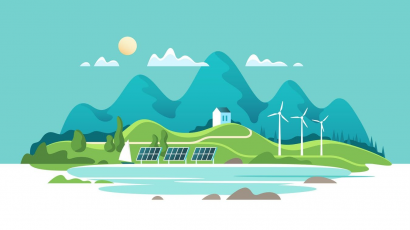